“Our Cause Is More Important Than Any One Person”
Citing his campaign’s pace in collecting $5 contributions, and certain that Clean Elections funding would not be received in time for the start of early balloting, State Senator Al Melvin has formally withdrawn from the race for Arizona Governor, filing the required documents with the Arizona Secretary of State. His official statement is below: 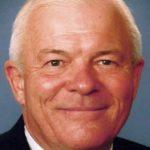 “I had planned on having more time to decide my campaign’s future, but I was alerted by the Secretary of State’s office that while Maricopa County’s deadline to withdraw was June 27th, the remaining counties had their own early deadline and a decision had to be made by today. So after prayerful consideration with my wife and closest advisers and supporters, I filed the necessary documents with the Secretary of State’s office to formally withdraw from the race.
This was a difficult decision but one that I am at peace with. It was difficult because I believe so passionately about the principles we were campaigning for and because, as other candidates can attest to, you feel a tremendous responsibility to not let down your supporters and all those who have contributed time and treasure to the effort. At the same time, I am at peace with the decision because in spite of our efforts we were not going to be able to win the race, and no one who believes in our shared conservative values wants to see conservatives split the vote and allow a liberal to claim our party’s nomination.
Our cause is more important than any one person. For that reason it is time to end this particular campaign. But this is not the end of our fight for secure borders, high Arizona education standards instead of Common Core, tax relief, Texas-style Tort Reform, Universal School Vouchers, an energy policy that addresses Arizona’s long-term needs and economic health, and more. I look forward to seeing everyone on the campaign trail soon, and for years to come.”