What morons.
In this Age of Trump let’s dispense with editorial etiquette.
We’re talking about the grumblings over Scottsdale Fashion Square’s redevelopment plans.
Excuse us? 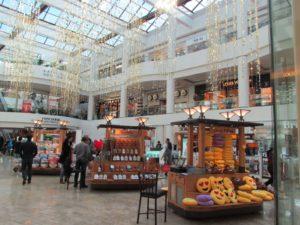 The beloved mall is facing an onslaught from online shopping. Barney’s is departing in a couple of months. Drive by 68th and Camelback and the Dillard’s parking lot. It looks like a ghost town. Restaurants are coming and going.
Critics of the retail behemoth act like it’s the age of Ricky Ricardo not Amazon and Apple.
If mall owners need more height and hotels to bolster the future give it to them. Fashion Square isn’t the little engine that could. It’s the locomotive for local sales tax dollars that funds the essence of Scottsdale’s quality of life. And it’s more important than ever. The Chapman Automotive Group is the latest group of car dealerships leaving McDowell Road. That will leave a city sales tax hole of millions annually.
Where will it be made up? By whom? The rosary beads of the nattering nabobs of nimwittedness?

What morons.
If the grumblers have better ideas to keep Scottsdale Fashion Square healthy and whole let’s hear them. But the Activist Racket doesn’t. It won’t.
You think it’s rude to call the knuckleheads “morons?” It’s actually they being rude to any thinking Scottsdale citizen. For M.O.R.O.N. is what they should call themselves while insulting you. It would be an appropriate name of their de facto organization: Move Over Responsible Opinion Now. That’s their brand of foolhardiness, if there are any brands left to shop for at Fashion Square after they’re done with it.