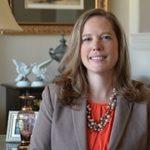 “Shawnna’s knowledge and expertise in critical policy areas affecting the State of Arizona are hard to come by,” stated Chairman Stump. “I know Shawnna has what it takes to be an effective legislator and a strong communicator. She is not only committed to understanding the big picture but is willing to delve into the weeds to craft sound public policy.”
“Shawnna is a strong fiscal conservative who will prioritize the needs of Arizona. Watching her raise her two children I know how important education and the future of the state are to her,” declared Commissioner Burns. “Shawnna is a quick study and eager to roll up her sleeves to find the right mix of pro-growth ideas benefiting the state. Arizona should be so lucky to have her willing to serve us in such a capacity.”
“I am honored to have Chairman Stump’s and Commissioner Burns’ endorsements. Bob and I are both students of public policy and understand that sound policy often means fine tuning the details. Brenda has always been a role model and someone I would like to emulate in leadership in the Legislature. I have a great deal of admiration for both Bob and Brenda,” said Bolick.
Shawnna Bolick has lived in Legislative District 28 for 13 years. Shawnna and her husband, Clint, have two children, Ryne (11 ½) and Kali (9), plus their five year old rescued greyhound, Beary Goldwater, living in the shadows of Squaw Peak.