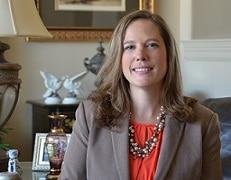 “With so many serious challenges facing the State of Arizona, I support Shawnna Bolick for the Legislature 110%,” stated former Congressman Goldwater, Jr. “She has one of the sharpest minds of anyone I’ve met in Arizona politics. Her bold ideas in education reform and steadfast common sense are two things I admire most about Shawnna. She has the potential to help lead Arizona into a brighter future – one that is more self-reliant, and one that holds to its independent values that I love so much about this state. Shawnna’s pro-growth, free market, and fiscal conservative ideas are the ones this state needs to get our fiscal house in order. She will bring a fresh, yet bold and principled leadership the Republican Party lacks.”
“I am thrilled to have Congressman Barry Goldwater, Jr.’s endorsement,” stated Bolick. “We share many of the same conservative ideals and we both believe in public service. Goldwater has been bold and steadfast in his beliefs, and the State of Arizona can trust I will lead with a similar “Goldwater” vision. I have also tapped Barry Goldwater, Jr. to be my honorary campaign chair.”