Two Year Adjustment Announced for Upcoming Elections
PHOENIX – Secretary of State Michele Reagan has unveiled the funding amounts available for qualifying Clean Election candidates in the 2016 election cycle. State law provides for these funding levels to be adjusted by the Secretary of State every two years. 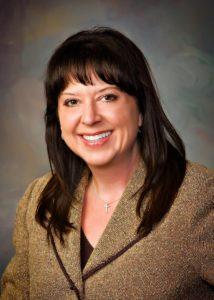 The Citizens Clean Elections Act, passed as an initiative by the voters in 1998 provides public funding to qualified statewide and legislative candidates.
The 2016 election cycle will be the ninth time candidates in Arizona will be permitted to take part in the Clean Elections system as participating candidates. The choice is strictly voluntary, although public funding is available only to participating candidates who qualify for funding. To qualify, participating candidates are required to gather $5 qualifying contributions from eligible voters and adhere to spending and contribution limits.
According to Secretary Reagan, the numbers released today establish the new Clean Elections spending limits for the 2016 election cycle and take into account recent inflation figures as well as the percent increase in state resident income tax returns as required by law.
Secretary Reagan revealed the new figures in a letter to the Arizona Citizens Clean Elections Commission and a copy of the 2016 Clean Elections Biennial Adjustments chart is included with this press release. Copies are also available at the Secretary of State’s office on the 7th floor of the State Capitol, by calling the Elections Services Division at 602-542-8683 or 1-877-THE-VOTE or www.azsos.gov.