It would be easy to recognize Mayor Jim Lane for such a distinction. Ethics. Reforms. Results. Well-regarded by his peers. An overwhelming favorite to be re-elected for a final term later this year. And there are others that could be duly considered. 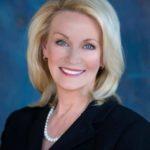 But the distinction goes to someone whose name identification isn’t as high but respect from all is never low: Scottsdale Convention & Visitor’s Bureau CEO Rachel Sacco.
If personality were a potion Sacco would be an elixir for the city’s hoteliers. They think she walks on water as do all on the Scottsdale City Council. Even those who have despised each other on that dais over the years have an affinity for Sacco in common.
It’s not easy to survive as long as Sacco has in such a prominent position. Recessions come and go. So do big voices on commissions and councils. Yet, through it all Sacco has become the Terry Branstad of local tourism. And rightfully so. P.S. That was a tenure joke for those who may no longer be paying attention to Iowa since its Caucuses are over. Branstad is the longest-serving Governor in American history.