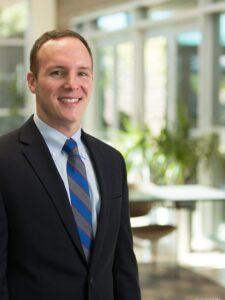 In the last few days we have broken down the all-important Q3 campaign finance reports for both statewide and federal races here in Arizona. Now for our final breakdown we consider the local legislative races that will impact our Scottsdale residents, as a number of candidates look to represent our city in the State Capitol.

First, we will look at the new Legislative District 3 which covers much of north Scottsdale and further north, into Fountain Hills. We regret to inform you that these will be very boring races. John Kavanagh is currently unopposed for the LD3 Senate seat, and the only competitors for Joseph Chaplik and Alexander Kolodin for both LD3 House seats are write-in candidates who do not have a prayer. The primaries determined the general election outcomes, so we will not bother with campaign finance results as there is no need for them to raise or spend money at this time.

The new LD4, covering central Scottsdale into Phoenix, is a very different situation however. It currently has a very expensive and contentious Senate race between incumbents Nancy Barto and Christine Marsh, brought into the same race by redistricting. Nancy Barto has raised $307K to date and sits with $94K cash-on-hand (CoH). More interestingly perhaps is that $268K in independent expenditure (IE) dollars have been spent against her, with only $41K in her favor. Statewide Democratic interests see this as a critically important race and are spending as such.

Running against her is Christine Marsh, who as Senator of the previous District 28 is no stranger to high dollar campaigns. She has raised $359K to date and sits with an impressive $151K CoH. Since it appears that she did not switch over her campaign to the new district in the campaign finance portal, it is difficult to see the IE money that has been spent for and against her this cycle, but it is fair to say that it is probably significant in both directions.

Lastly, the LD4 House race, where the Democrats are utilizing a single-shot strategy, running one candidate for two seats in the hope to pick off one in a right-leaning district. Democratic candidate Laura Terech is running for that one seat, and she has held her own, raising $124K along with substantial funds transferred from her previous campaign. She sits with $82K CoH and has had $66K in IE funds benefitting her.

Matt Gress and Maria Syms are the two Republican candidates, and Matt Gress has been a fundraising machine, with $429K raised to date and $310K in IE support as opposed to $68K against him. Meanwhile, Syms has had very muted fundraising, bringing in only $86K but retaining an impressive $64K of those funds.

District 4 remains one of the more interesting districts in the state, with two Senate incumbents facing off and a single-shot candidate who could pick off either Republican. While Barto seems to have the registration advantage for the Senate, any of the three House candidates could be looking for their next career path in November.