From the David Smith Campaign:
David Smith has declared his candidacy for the Scottsdale City Council in elections to be held this fall. We believe David has the financial expertise, integrity and love of Scottsdale to make an extraordinary councilman! 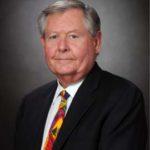 For more than 20 years, David and his wife, Diana, have been active members of our Scottsdale community. David’s outstanding career has included positions as Chief financial officer of the Tennessee Valley Authority, Chief Financial Officer of AMTRAK- and most relevant of his candidacy- Scottsdale’s first council appointed City Treasurer and Chief Financial Officer. In that role David transitioned our city to a new voter-approved form of governance with the financial hallmarks of independence, transparency, integrity, and sound financial policies.
His steady hand guided our city through the recent recession, refinancing hundreds of millions of dollars in debt and retaining our coveted AAA credit rating. His straight-talk financial reports and his willingness to speak out against waste of taxpayer monies won the respect of an appreciative citizenry. David is a candidate whom we can trust to spend our tax dollars wisely.
David is a candidate who cares deeply about our quality of life and will vote to safeguard and improve upon the livability of our city. David and Diana also owned the Scottsdale Airpark News, here he learned first-hand the challenges of small business ownership. We cannot think of a better individual who could bring to the council such depth of relevant financial experience coupled with a distinguished career of policy-making.
Thank you for your consideration,
Jim Bruner,
Chairman
Hon. Carolyn Allen,
Co-Chairman
Tim Bray,
Finance Committee Chairman
Judy Frost,
Treasurer