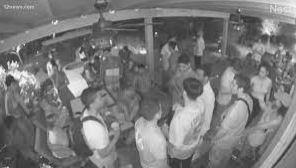 We have recently written about the town of Paradise Valley’s attempts to curb short-term rentals (STRs) in the face of inaction by our state government. Now Scottsdale is getting in on those attempts in the fight for preservation of a high quality of life.

The Scottsdale City Council recently unanimously voted to close loopholes in STR laws in the city, as well as increase fines on and allow for better enforcement of violations. Much like Paradise Valley, while Scottsdale can’t outlaw them outright and their hands are largely tied on what they can do, they are getting creative in their abilities to make the area less lucrative for the owners of STR homes (now numbering 4,000 in the city).

Several of the new members of City Council, including Mayor David Ortega campaigned heavily on reigning in STRs in Scottsdale. This has been in conjunction with significant attempts by state Senator John Kavanagh (representing most of Scottsdale as well as Fountain Hills) to impose restrictions on STRs. While the Council is limited in what they can do without greater action from the Arizona legislature, this does represent a won battle by Mayor Ortega as well as those who campaigned against STRs.

Added in this package were recommendations for changes to state law to strengthen local authority over this issue. While this should be a fairly common-sense proposal considering the local nature of the issue, politicians have long had trouble ceding power over to more localized authorities, and since the problem seems to be mostly relegated to Scottsdale and PV, it might be too localized to hit critical mass in the legislature.

This is where our elected officials in the legislature need to show their worth. John Kavanagh, an often controversial figure in the legislature, put away his more bombastic tendencies and partisan desires to advocate for something that his constituents felt strongly about regardless of partisan leanings. Joseph Chaplik needs to stop obsessing over throwing red meat to his cable news-watching constituency and do something practical that benefits nearly all. And Michelle Ugenti-Rita needs to stop focusing on her run for higher office and use the office she has to enact positive change. We would love to see it, but we’re not holding our breath either.