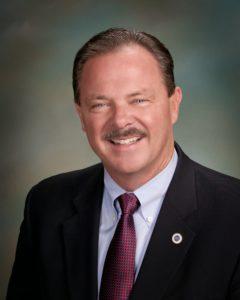 Winner:  Jim Lane.    The incumbent ran the best candidate campaign since Robert Pettycrew’s shoe-string council victory in 1994, one of Drinkwater’s waltzes, or perhaps ever.  He raised big money, the most in Scottsdale history.   That’s what good campaigns do.   He spent it wisely.  Lane messaged smartly and took it to Bob Littlefield, a name who had never lost a municipal race in Scottsdale.  Most impressively, he beat Littlefield at his own game:  grassroots.  Indeed, he had so many events at Scottsdale small businesses, restaurants and bars a voter joked online if he was running for “Chief Waiter?”  Lane also doubled up Littlefield on social media.
Loser:  Littlefield.  Pummeled so thoroughly the husband selfishly has jeopardized his wife’s city council re-election bid in 2018.  After losing his State House of Representatives race in 2018 it’s the end of the line for the loquacious one. But it’s not the end of the line on being classless. Littlefield apparently hasn’t even called Lane to congratulate him, something even Clinton did last night despite a more blistering and consequential election.
Loser:  John Washington.  Having lost himself to Lane by 30 in 2012 Washington boasted that Littlefield was the right guy at the right time to take down Lane.  Um, no.  Washington’s screeds even went so far as to badly damage Littlefield’s campaign with absurd criticisms of some of Scottsdale’s top business leaders.  Washington is now where he belongs . .  . crossing no rhetorical Delawares let alone the Indian Bend Wash, relegated to irrelevancy in Scottsdale’s lonely crazy caucus.
Winner:  Bill Crawford.  Opting to get out of the mayoral race during the summer Crawford became an avid and effective endorser of Lane.  In so doing he’s broadened his appeal and fundraising base for not just a likely run for City Council in 2018, but a successful one too. 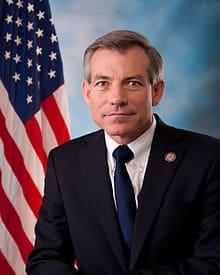 Winner:  David Schweikert.  With much due respect to Dan Schweiker, a successful local businessman, Schweiker had lived in the community for about 5 minutes before deciding to run for City Council.  And the only candidate who spent less on a campaign was Guy Phillips.  Virginia Korte and Suzanne Klapp outspent him by several times.  Yet, Schweiker came within a whisker of defeating incumbent Guy Phillips.  Why?  Because of a name association with well-respected Republican Congressman David Schweikert who represents much of the Scottsdale area.
Winner, Sort Of:  Virginia Korte.  She’s now the heir apparent to the Mayor’s Office.  But to win in 2020 she’s going to need to improve her campaign and message significantly.  This time around it was vacuous at the beginning before finding its stride late.  That performance in the later innings will be necessary to beat back a strong challenge that will surely come.  Korte also deserves credit for standing by core principles.  It wasn’t convenient to stand by the Desert Discovery Center.  But she did.  It wasn’t convenient to champion a tax hike for Scottsdale schools contemporaneous with her re-elect.  But she did.  And won both of them.
Mixed: David Smith.  Smith thought possible that a Littlefield victory would make him a swing vote on the city council.  It’s aong other reasons why he didn’t endorse Lane.  But that was unfortunate political calculation rather than municipal patriotism.  Right thinking people know (and Smith is one for the most part) how comedic it would have been to have Littlefield as the face of the city.  Yet, Smith indulged the notion through a misguided lens that will hurt him, should he run for re-election in 2018. 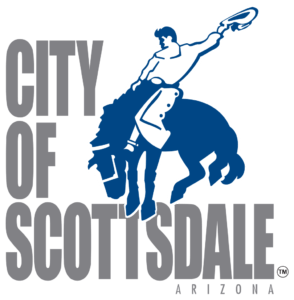 Winner:  Scottsdale.  The inmates have never yet been elected in sufficient numbers to run the asylum. And this year was no different.  The city affirmed its personality of a progressive majority with always sprinkling in a little schizophrenia.
Loser:  Trolls.  Littlefield’s were maniacal. And ultimately ineffectual.
Loser:  Jason Alexander.  He is a lesson in the wisdom of quitting while you’re ahead.  Having largely won the debate over the Desert Discovery Center (DDC) Alexander and his acolytes went Monkey Wrench Gang with tactics and targeting of Lane, Korte and Klapp rather than simply stick to the issue at hand.  Now, he’s a cancer in the important conversation to shut down the DDC.  More on this topic soon . . .
Winner:  New contributions limits.  When the Arizona State Legislature increased them to a maximum of $6,250 for city council and mayoral races eyebrows were raised.  But the policy rationale involved allowing candidates to have more control over their own fortunes rather than be a message in a bottle bouncing on the waves of dark money and independent expenditures.  The reform worked.  Candidates had the resources to run and fight back and the amount of dark money was noticeably down from previous cycles.