Sometimes you just can’t make this stuff up.
The last time Paradise Valley paid much attention to the large, empty real estate between Mockingbird and Scottsdale Road and Lincoln and Indian Bend Roads was November, 2008. Then, Paradise Valley voters were wise to pass by a nearly 2-1 margin a mixed-use plan that had a new Ritz-Carlton at its core. 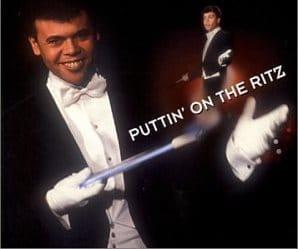 While the entitlement granted by the then Paradise Valley Town Council was aggressive it did not jeopardize the town’s character.
Fast forward to 2014. The developer of the project is now saying its generous entitlement wasn’t, and isn’t enough.
Why? Because what are they to do with a big chunk of their plan now that Scottsdale approved a large new apartment project that will stare into the back of its project? That 4-story project has now been built and opened on the northwest corner of Scottsdale and Lincoln.
Chutzpah.
The attorney and lead lobbyist for that apartment complex was none other than the same one the Ritz developer employs. And did the Ritz ever state any opposition to the apartment plan? Of course not. Why? Because it knew the increased density in Scottsdale could be used to justify absurd new requests of Paradise Valley.
Before introducing what those requests might be let’s not also forget the same team proselytizing now for the absurd was the same one that just tried to jam a commercial nursing home into Paradise Valley over the objections of dozens of residents and funded the nastiest political campaign ever waged in Paradise Valley back in 2012 when they tried to tar and feather popular town Mayor Scott Lemarr.
So when this development team proposes anything new it should be scrutinized that much more. As if that won’t occur anyways with rumored attempts to go up to 60 feet for resort buildings via disingenuous land planning. This would be 40% higher than any resort building in the community and make a mockery of years of citizen and town planning and precedent.
If you’re blue and you don’t know where to go to why don’t you go where fashion sits, puttin’ on the ritz.
That was a line from a memorable one hit wonder named Taco.
Well, we get why developers have been a little blue over the past many years. But the Ritz while a nice hotel brand isn’t justification for bailing out a developer, or for a town to sell its soul.