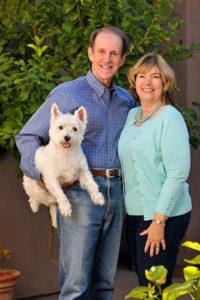 In less than four months, the Riggs campaign collected almost double the 5660 signatures needed to qualify for the ballot. “No other candidate collected as many signatures in such a short period of time,” Riggs’ campaign manager Darcie Johnston said. “We thank all of our grassroots volunteers and supporters around the state who made this possible.”
Riggs said. “There may be a big field in the Republican primary for governor, but I’m the proven, tested and trusted candidate for Governor. I offer a clear choice and new direction for Arizona. I will stop the ‘Obamanization of Arizona’ by repealing Common Core and rolling back the unsustainable expansion of Medicaid.”
Riggs has pledged to repeal the Common Core mandate on Arizona’s K-12 education system on Day One. He’s been a national leader of the charter school and charter school movements for the past 16 years. Of his service in Congress, the conservative Heritage Foundation said, “Representative Riggs spearheaded many cutting edge initiatives like school choice and charter schools.”
Riggs’ “Arizona is Open for Business Plan” includes instant expensing for businesses that invest in new plant and equipment, allowing a full tax write-off in the same year, and lower income and property taxes for businesses. “We must grow our economy to increase living wage jobs and prosperity, while addressing our state fiscal crisis and structural budget deficit,” said Riggs.
Riggs also promised to support the American Lands Council’s proposal to transfer public lands under the federal government’s dominion and control to Arizona state government, and an application from the Arizona State Legislature to the U.S. Congress calling for a convention of the states, under Article V of the U.S. Constitution, to consider a Balanced Budget Amendment to the Constitution. “I want to make Arizona less, not more, reliant on the federal government, reclaim our state sovereignty, and stop the constant expansion of the size, scope, reach and power of the federal government under the Obama administration,” Riggs said.
Riggs’ priorities are jobs, kids and public safety. His deep background aligns perfectly with these priorities which are the essential functions of state government. He is a successful small business owner and was the founding CEO of the largest nonprofit in the country dedicated to helping public charter schools with their facility financing and development needs. He chaired the House of Representatives’ Subcommittee on Early Childhood, Youth and Families (the K-12 education subcommittee) and twice was a school board president. He’s a former military policeman and military police investigator (and is an Army veteran), and a former police officer and deputy sheriff. “No other candidate has my combination of military and law enforcement service,” said Riggs. “I’m prepared to lead our state national guard as commander-in-chief, and will secure our state and national border with Mexico, with or without the help of the federal government.”
Riggs is the only candidate for governor who has served in Congress as a leader and reformer of the institution. The Riggs Record in Congress includes:
Leader of the Gang of 7 that exposed the House Bank and Post Office scandals, and co-signer of the Contract With America, which set the stage for the Republican takeover of the House of Representatives for the first time in 40 years.
Co-author of the Congressional Accountability Act forcing Congress to live under the same laws they impose on the American people.
Co-sponsor of the bills forcing Bill Clinton to sign legislation balancing the federal budget, cutting taxes and imposing time limits and work requirements on welfare recipients.
Author of the Charter School Expansion Act of 1998 pushing federal education funds out of Washington to help new charter schools with their start-up capital needs. Clinton signed Riggs’ bill in 1998, two months before Riggs and his fellow House Republicans voted to impeach him.
Riggs’ voting record earned him the highest ratings and endorsements of National Right to Life and from the NRA and also won him recognition from national organizations supporting school choice, private property rights, taxpayers, small business and free enterprise.
Riggs promised to be a highly visible and accessible governor and to make Arizona a model of effective, conservative government through the principles of fiscal restraint and responsibility, constitutionally limited government, free markets, equal opportunity, secure borders and personal responsibility.
“I have a lifetime of leadership service and experience, the deepest, most proven record of any candidate for governor, and the demonstrated courage to make the tough but right decisions. I look forward to taking our message to voters about why I’m the clear choice for conservatives in the Republican primary for Governor,” concluded Riggs.
For more information, visit www.RiggsforAZGov.com