There’s a phrase about anyone noticing a tree if it falls in the forest. Perhaps yes, perhaps no.
But in Scottsdale, Arizona these days it’s hard to miss trees not when they fall in a forest, but as they obstruct the signage of prominent businesses.
For years a city installed tree has obstructed grandfathered signage for the venerable Coach House Tavern. Maybe the owners are too buzzed to notice, or it’s revenge for the efforts of customers to stop the city from condemning the property over a decade ago. 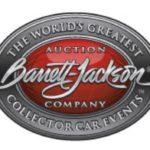 A more contemporary and comical example impacts famed collector car auction Barrett-Jackson.
Apparently, the company is readying a revitalization of its southern Scottsdale property near Scottsdale and Thomas Roads. A grander showroom with more collector and exotic car sales is in the works.
If you can find it.
Enter another tree.
Many years ago Scottsdale voters approved a Scottsdale Road beautification project. A good idea.
Yet some city botanist in their infinite wisdom decide to plant a large Palo Verde tree right in front of the Barrett-Jackson sign.
They didn’t do so in front of south Scottsdale landmark Zorba’s close by, or any one of the massage parlors or pawn shops in the area.
No, they did so in front of one of Arizona’s most recognizable brands. And one of the few actively investing in that part of the city.
There are rumblings that the green thumbs responsible at the city have initially resisted relocating the shrubbery, even though the building was there first. 60 Minutes, anyone? Goldwater Institute? It’s the kind of attitude that is government at its very worst, and not best, as is typically the case in Scottsdale.
Fortunately, as the story goes, those more senior to the Jack Beanstalks appear to get it.
So let’s hoist a cold one at the Coach House next time there to celebrate the end, as Pink Floyd might sing about . . . a momentary lapse of reason, in Scottsdale.