School choice advocates are taking dead aim at what’s left of the public school monopoly. In the City of Phoenix. 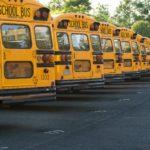 Courtesy of a front page article in today’s Arizona Republic (“New Charter School Push In Phoenix Core”) let there be no doubt about what’s taking place. Having pillaged upper income school districts like Scottsdale’s school choicers believe their moment has come to strut proudly and loudly in lower income areas, proving once and for all the superiority of their approach for students, parents . . . and teachers.
Oh, both the Phoenix Union District Superintendent and backers of the multi-charter school initiative said all the right things and played nice.
But that won’t last for long. Backed by the foundation for one of the wealthiest families in America this effort is meant to so disrupt the current educrat monopoly as to end it. And they intend to prove without a doubt to Democrats – who still resist the data and results of reform – that more choice not less is better. If and when the Democrats do concede the argument in Arizona – it will be a dramatic statement to the rest of the nation.
So watch this major struggle unfolding in Phoenix. School choice policies and momentum continue to rise two decades into the movement. But who knew Phoenix would ultimately be the monopoly’s Appomattox?