As the narrative goes Mesa Mayor Scott Smith single-handedly willed a backward East Valley behemoth into America’s most progressive city.
That’s a slight exaggeration and there’s no doubt Mayor Smith has done a commendable job getting results. Additionally, he is an engaging fellow that’s got a little Chris Christie without bridges while being a tad more cherubic. 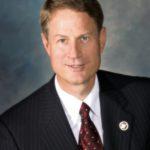 But if the justification for the GOP nomination for Governor in 2014 is the best performing East Valley Mayor doesn’t Smith get the silver medal to Gilbert Mayor John Lewis?
Smith’s results in Mesa resemble Sammy Sosa. The former slugger used steroids. Smith used subsidies. A lot of them.
That’s why what’s happening in Gilbert is the more remarkable. There, the most renowned restauranteurs in Arizona are setting up shop. There, there really is an emerging, thriving downtown. There, Gilbert leads the state in housing starts. There even World of Beer opened its second Arizona location, after . . . Mill Avenue. Gilbert’s has been an organic rise, driven by an energetic private sector responding to steady plans. Mesa on the other hand has been the one dressing up in drag to get attention. And it’s worked. Liked Rudy Giuliani on Saturday Night Live.
But America’s Mayor never became President. And the question remains if Arizona’s most renowned mayor will become Arizona Governor, especially when he’s really been the second best performing mayor in his own region.