As the conventional Arizona wisdom goes, the City of Glendale is a bunch of suckers. That’s what has caused their financial turmoil people say.
Whether one is a sexy Dodger, Cabela’s or Coyote open the kimono and let them have one’s way with scantily clad protections for Glendale taxpayers.
History will determine if these decisions were wise and progressive with temporary setbacks, or a gamble too far.
But with more Glendale residents demanding different leadership, change and amends a recent story begs the question not only if the city has the spine to right the ship, but to even stand up to a neighboring city.
Glendale-Peoria Clash Over Billboards Rises Again. October 28th, Arizona Republic
Whether one is for or opposed to the proposed casino in Glendale there is no dispute about the City of Peoria’s aggressive interference with what is clearly their land use issue.
At least that effort was known.
Contrast that with Peoria’s skullduggery as it relates to opposing innocuous billboards proposed by Becker Boards along the Loop 101 in Glendale.

They played the Glendale Mayor and City Council for fools, lying all along about their intentions, and the use of taxpayer dollars to drum up opposition to the project. Why? Because new public records show they want the billboard revenue across the street, for their own entertainment district project called P83. 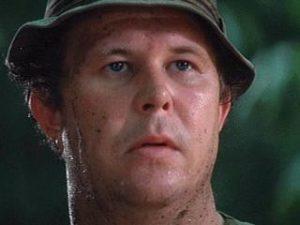 Indeed, the City of Peoria deliberately and potentially illegally delayed the release of public records until after the vote in Glendale. If their true intentions had been known the vote could have been impacted, which is why they delayed the release of records. Today, we elect a new Arizona Attorney General. Whoever he or she is perhaps they will take an interest into the government manipulation of state law to serve these nefarious ends. Without a doubt such an investigation is warranted.
Beyond the chicanery however is the dumbfounding policy stance by some on the Glendale City Council. We get that some people like billboards as they advertise local businesses and can perform public services such as Amber Alerts. Others do not because they can intrude on views.
But why would anyone in Glendale do something directly or indirectly to aid a direct competitor to Westgate, and so close to it, when the city needs to scratch and claw for every sales tax dollar and penny to claw out of its very deep hole. A hole so deep that municipal bankruptcy continues to be discussed. Every police officer, fire fighter and taxpayer should be outraged at any Glendale City Councilperson’s acquiescence to the new bully in the neighborhood to the north.
Last week, the Phoenix Business Journal rightly opined about the new level of shadiness as it relates to a city like Peoria in such matters.
Glendale needs more fortitude to emerge from its most challenging times. It never will so long as it resembles Ned Beatty’s character in “Deliverance.”