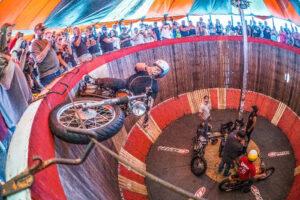 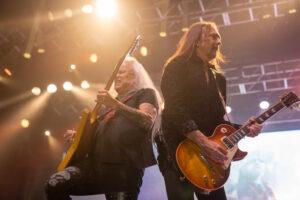 Reservations have already started for camping. Book your RV or tent campsite today and start planning your trip to Arizona Bike Week 2023. With an expected attendance of 75,000 people, AZ Bike Week is officially one of the country’s top biker rallies.

Just announced legendary rock band STAIND will take to the stage in the RockYard on Saturday, April 1st, 2023. More big acts and national bands will be announced in the coming weeks. Single Concert and All Concert Passes are on sale now for the four-night music festival in the RockYard. The tremendous concert lineup Arizona Bike Week offers each year has played a big role in making the rally an annual excursion for riders from all across the country. But music fans arriving on four wheels are welcomed warmly by the biker community as well.

“We are so excited to bring back Arizona Bike Week 2023. This is our 26th year and it just gets bigger and bigger every 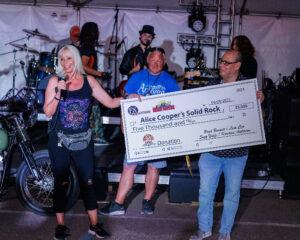 year. Scottsdale has it all from amazing riding to great bands and the best venue at WestWorld. Whether you are a beginner or experienced biker or not a rider at all, there is something for everyone with exciting rides, events, concerts, contests and great things to see and do every day,” said Lisa Cyr of Arizona Bike Week.

There are also several charity components to Arizona Bike Week.

The Arizona Bike Week Charities Group runs the registrations for charity rides, as well as a number of other duties at the event. They use the funds they raise working at the event for a variety of community service functions, including sponsoring hundreds of Christmas gifts for families in need. More information can be found here http://abwcg.org/.