51. That’s the number of ballot statements opponents of allowing people to vote on development in the McDowell Sonoran Preserve submitted to the Scottsdale City Clerk. The vote will take place in November and is now known as Proposition 420.
51. That’s also the miniscule number of people that may actually vote against the measure at the ballot box in order to enable the breathtakingly bad boondoogle known as the Desert Discovery Center to proceed. 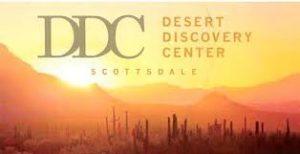 51. That’s also one short of a full deck, something Proposition 420 opponents don’t seem to be playing with as they are now resorting to attacking the people involved with the unprecedented Scottsdale grassroots movement. After all, do they not understand the tactic can be turned ‘round on them? We caution such voices that seemingly want to play games with the best political mortician in Scottsdale aside from Paul Messinger.

A deck of cards. Used by the U.S. military during the Iraq War to describe those on the other side. 51 ballot statements. One short of a full deck. Who would Scottsdale’s six of hearts be? Where might we start? A business official that seems to have a particular fondness for the Desert Discovery Center but who left the organization under most curious circumstances?
Proposition 420 is going to pass. Bigly. Opponents should get on with their lives and onto other issues rather than keep playing joker poker.