The 1988 Democratic nominee for President Michael Dukakis talked a lot about the “Massachusetts Miracle,” touting his perceived Bay State successes.
But by the time the campaign ended voters weren’t looking so kindly on such claims. 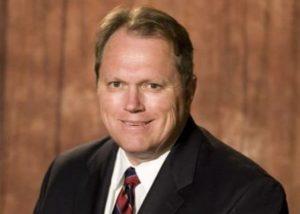 It’s a lesson that could play out this year in the 2014 Arizona gubernatorial campaign, either by Mesa Mayor Scott Smith’s GOP opponents, or presumptive Democratic nominee Fred DuVal.
Smith likes to espouse his achievements, and there are no doubt some, but there are also very big problems.
Just look at west Mesa, in particular the area around Fiesta Mall. Long known to be one of the city’s biggest problems Smith has done nothing to stem the tide. Indeed, his allies are partly responsible for exacerbating the problem. Under Smith’s watch problems there have deteriorated, not improved.
Drive through parts of west Mesa’s retail landscape today and it looks like Fallujah. All that’s missing are the firefights.
But there’s one upcoming in the Arizona GOP primary. And with Smith the more liberal candidate of the bunch, like Dukakis was against Bush 41, it remains to be seen if there is an alliterative transformation from miracle to mess over the next many months.