No rest for weary voters. The Republican Governor’s Association is already up with attack ads against Arizona Democratic nominee for Governor Fred Duval. While the primary messaging focuses on Duval’s obscene support for huge tuition hikes on Arizona students, the word “lobbyist” to describe him is used several times. As sagacious political operative Matt Benson opined earlier this week via Twitter that will be Duval’s first name by the time this campaign is over. It has long been his trade after all. 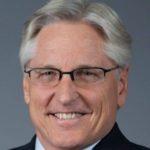 But Republicans looking to advance the lobbyist line need not rely solely on their own party. In fact, their best spokesperson may come in the form of Phoenix Mayor Greg Stanton, a Democrat.
During his run-off election in 2011 Stanton faced Republican Wes Gullett, a “lobbyist.” And Stanton was never shy about laying wood to Gullett’s profession.
Indeed, there is a treasure trove of quotes, assertions and really an arching philosophical narrative from Stanton as to how and why a lobbyist would be inappropriate as the Mayor of Phoenix.

Surely he feels the same way about Duval becoming Governor now doesn’t he? Indeed, Duval has done far more lobbying work than Gullet has.
This space remains available to Mayor Stanton any time to explain why Lobbyist Gullet was inappropriately credentialed to be Mayor of Phoenix but Duval is to be Governor of Arizona.
The only difference of course is party label. The hypocrisy will be amusing. Although the effective attacks sure to come using a leading Democratic voice to articulate the deficiencies of Duval will be even more so.