It was a great movie, La La Land that is.  But it’s not a place we desire to see members of Scottsdale’s governing body go.
In the past we’ve been great fans of David Smith.  Business experience.  Financial acumen . Good person.  A balanced understanding of those things that made for Scottsdale’s uniqueness.
Who wouldn’t want someone like that in the policy mix for “the best city in America” as Mayor Jim Lane likes to say? 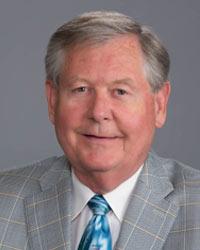 But lately Smith seems more like Ryan Gosling in the almost Academy Award winning movie than the person that resonated with the Scottsdale electorate in 2014, gaining votes from many perspectives.
Indeed, he’s become the chief critic of Scottsdale’s thriving bar and restaurant scene.  Asiding the meritlessness of his arguments Smith would be wise to review the results of candidates who virulently campaigned against the area the past few election cycles.
But it was another recent diatribe that makes us wonder if City Hall misfit Mark Stuart has body snatched Smith’s brain.
Last week the Scottsdale City Council wisely delayed taking down the large tent at WestWorld in the face of new information that the tent was actually making money, taking it down would be very costly for taxpayers and that serious questions remained about whether it could be done in a way so as not to hurt major WestWorld events like Barrett-Jackson, Good Guys car show and others.
Yet, Smith’s attitude was taxpayers be damned.  The events, some of which pump $167 million per year into the city be damned.  New information be damned.
Take it down no matter the cost and consequence because one person in DC Ranch has made it his quest.
Even Guy Phillips and Kathy Littlefield rejected Smith’s logic.  Phillips in particular is becoming an underappreciated champion for the city’s tourism industry.
But Smith’s single vote against the decision didn’t stop there.  He blasted Barrett-Jackson CEO Craig Jackson from the dais saying he and the city “shouldn’t be held hostage” when the car auction rightly stated certain things need to be done to make the auction work if the tent comes down.  Um, Mr. Smith, that’s what tenants (Barrett-Jackson and the events) say every day to landlords . And the city is the landlord at WestWorld.  . Whether you’re living in an apartment, working in an office or an event at a publicly-operated facility that’s the way business works.
Come 2018 we’re not sure what Smith is going to run on.  Recent actions permit legitimate arguments that he is anti-taxpayer and anti-tourism.  That’s not a good place to be.  Smith’s moves left may also cost Scottsdale some very other significant investments too.
This is highly unfortunate.  For with his extensive background in business Smith should understand more than anyone Scottsdale cannot stand pat as thriving and emerging downtowns in Tempe, Phoenix and even Gilbert and Chandler seek to sap Scottsdale’s strength.  And since very few besides Mayor Lane seem to be noticing the Salt River Pima Maricopa Indian Community’s business development arm has all but declared war to take away some of the city’s best assets.
At the Academy Awards show La La Land was infamously dismissed from the stage and, as we all know, didn’t win Best Picture.  It’s a video clip Mr. Smith should watch.  Often. Fortunately, there’s still time for him.  And Scottsdale.