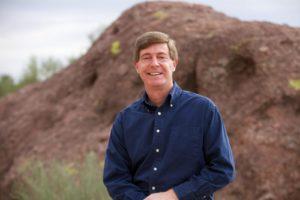 The latest group of leaders includes statewide officials, a county supervisor, mayors and council members:
• Arizona Corporation Commission Chairman Bob Stump
• Arizona Corporation Commissioner Susan Bitter-Smith
• Maricopa County Board of Supervisors Chairman Denny Barney
• Chandler Mayor Jay Tibshraeny
• Goodyear Mayor Georgia Lord
• Former Phoenix Mayor John Driggs
• Chandler City Councilman Jeff Weninger
• Chandler City Councilman Kevin Hartke
• Chandler City Councilman Jack Sellers
• Former Tempe Councilwoman Pam Goronkin
A full list of endorsements is available at www.hughhallman.com/endorsements.
“Throughout Hugh’s public career, he has analyzed complex issues and challenges and has produced great solutions that have benefited Arizona taxpayers,” Commissioner Bitter-Smith said. “What a great skill set for Arizona’s next Treasurer to have!”
Supervisor Barney said that Hallman’s work in the public and private sector make him the right conservative for the Office of State Treasurer.
“His record of advocating for smaller government that is accountable to the people is what we need at the state level,” he said. “His experience cutting government budgets as Mayor of Tempe and as regional Treasurer for the Maricopa Association of Governments is a record we can count on.”
Mayor Lord praised Hallman’s leadership on regional issues during his time as Mayor and said it’s important to have someone with that kind of experience serving in statewide office.
“Hugh Hallman understands what is important to Arizona’s communities in making sure we can provide services to our residents with a focus on fiscal responsibility,” she said. “I am proud to support his campaign for Arizona State Treasurer and know he will serve the people of our state well in managing our state’s assets and tax dollars.”
Hallman said he is grateful for the support of these statewide leaders and looks forward to ensuring their trust is well placed through his service as State Treasurer.
“We’ve been pleased and gratified by the support we have received from leaders throughout our state,” he said. “As we start to enter the home stretch of the campaign we look forward to sharing our vision for the State Treasurer’s office and showing why these leaders have been so supportive of our campaign.”
Hugh Hallman is a Republican candidate for Arizona State Treasurer. He is the immediate past Mayor of Tempe, a position that relied upon his background as a public servant, economist and attorney to shape policies that work for the people of his community. He also served as Chairman of the Maricopa Association of Governments during the final year of his second term as Mayor, where he played a leadership role in regional issues.
Hugh is a longtime community volunteer and lifelong resident of Arizona, where his family settled in the 1860s. In 2009, he became Headmaster of Tempe Preparatory Academy, now one of the State’s best public schools. He has a successful track record as an attorney, educator, economist and civic leader. For more information, visit www.hughhallman.com.