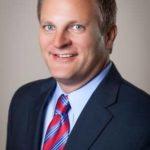 Collins said, “These former mayors have contributed so much to our community. They have shaped Paradise Valley, preserving its unique quality of life. I am proud to have their endorsements and hope to continue a tradition of quality leadership that our town has enjoyed for so long.”
Collins has also secured the endorsements of all current Paradise Valley Town Council members.
Collins added, “Those who endorse me represent a group of people with diverse opinions but who share a desire to serve the public and our great community.”
Michael Collins was first elected to the Paradise Valley Town Council in 2010. During his time on the Council, he served as Chairman of the Public Safety Task Force which has helped to reduce the local crime rate, along with Paradise Valley’s great police force. He served as Chairman of the General Plan Advisory Committee which oversaw a general plan that received 80% voter approval. Collins was part of a team that championed a redevelopment plan for the decrepit Mountain Shadows Resort.
Collins has also served on the Paradise Valley Planning Commission from 2007 to 2010. He is a former President of the Camelback Country Club Estates Association of Homeowners. Collins is also a veteran of the United States Navy. He and his wife Jennifer are proud to be raising three school-age children in Paradise Valley. Michael Collins currently owns and runs a successful business with 45 employees in seven states.