So Phoenix Mayor Greg Stanton wants to be Arizona Secretary of State.  Or Governor. 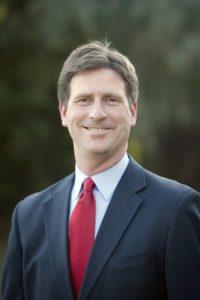 It sure sounded that way earlier this week during his State of the City address when and where he lambasted all leaders Republican for, in his opinion, abandoning public education.
We didn’t hear such tones during less ambitious times last year as he was supporting Governor Ducey’s landmark proposal to boost public schools without a tax hike via Proposition 123.  Indeed, at Stanton’s insistence his political consultants were even hired by the campaign.
Now he’s singing a different tune, hoping no one bothers to check his record.  Granted, it’s a record we’re glad he has, no matter his hypocrisy.
Just two years ago Stanton led the charge for a massive charter school expansion in central Phoenix.  He even championed the use of some $150 million in Industrial Development Commission bonds to aid the invasion. Here is a link to the story that ran on AZCentral in 2015.
Charter schools are public schools, except to those on the left.  To them, they are foreign ideas undermining the traditional public school systems like vouchers or education savings account. To them, it doesn’t matter that an enterprising charter school like BASIS Scottsdale just put the state on the education map after being ranked #1 in the country by U.S. News & World Report.
So, to the constituency Stanton now panders to, the question can be fairly asked:  who has played a major role to upend Arizona’s public education system? Stanton’s alter-ego, thank goodness.