If there were a Mount Rushmore in Paradise Valley, Arizona – or more appropriately a Mount Camelback, current Mayor Scott Lemarr would be on it. Only six decades old Lemarr has served the town in a variety of capacities for over a third of that time on a variety of citizen commissions and currently as the first directly elected mayor in the town’s history. 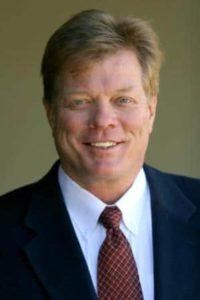 He’s not only seen it all he’s done it all. And Paradise Valley is a better place for it.
A tidy recovering from the Great Recession.
An improved police department and reduced crime.
Improved fire service.
Leading what no council before him could – an approval for the redevelopment of the old Mountain Shadows Resort. The rat infested relic has even been scraped away, readying the property for a better future.
As a son of the community Lemarr has understood that a community already the envy of Arizona doesn’t need a lot more, certainly density. It just needs a little TLC from time to time, the Mayor’s job unlike in other cities largely constituting a do no harm approach.
Lemarr has succeeded in that regard and then some. He likes to attend a lot of Diamondbacks’ games. While they aren’t winning a lot this year that’s not the case for Lemarr’s 22 years of impressive public service.