On Monday night Florida State defeated Auburn for the national college football championship. They did so on the final drive of the game, arriving in the red zone with just seconds left.  Football winners and losers are often decided by those who score when they get within 20 yards of the end zone, and those who do not.  Florida State did.
We hope the same now happens with efforts relating to Greasewood Flat.  In football terms, circumstance has now put efforts to keep or relocate the beloved bar squarely in the red zone. 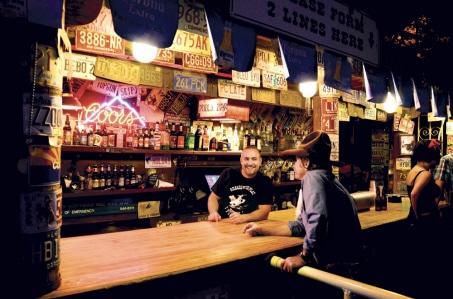 The journey may be a bit involved, but it is looking a whole lot better than it was, and that befell Rawhide before it.
That’s because Greasewood Flat owners have been expressing an interest in relocating to a more authentic, rural location within the city as urban sprawl has closed in around them, infringing on the experience.  So unique is the experience it could likely continue to withstand the encroachment but if other, better alternatives are available why bother?  Why risk it?  After all, the family’s Reata Pass Restaurant was forced to close a couple of years ago, likely because guests no longer felt the authenticity that once was.  Reata Pass never seared the local or tourist conscience like Greasewood Flat or Rawhide.  The family has said it is not coming back and that is no great loss.  But a decade ago losing Rawhide to the Gila River Indian Community was.  And so it would be with Greasewood. Approving a new location for it should be unanimous and enthusiastic, not unlike what occurred for the new Mercedes-Benz of Scottsdale dealership that’s sprung to life across from Scottsdale Fashion Square.
The new year is already bringing good news with the long-term future for Greasewood Flat at a new, improved location getting closer.  This, after some short-term scares as onerous federal tax laws threatened the place.  This, after noble efforts by Scottsdale City Councilman Guy Phillips to deploy creative ideas to aid Greasewood Flat, but ones that would have cost Scottsdale taxpayers millions to aid a private business and shrink funds available for the McDowell Sonoran Preserve.
Now, let’s hope Scottsdale leaders can do their best Florida State impression and take a successful shot at the red zone, so the shots can keep flowing at a new Greasewood Flat in Scottsdale for many years to come.