The Scottsdale Center for the Arts is a fine facility.  But for years it served as a dungeon for the Mayors of Scottsdale State of the City.  Few attended the dimly lit serenade.
Leave it to a reformer like current Mayor Jim Lane to change the approach.  His upcoming address on February 25th is timely to remind all, how he is a mayor for all. 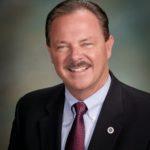 Scottsdale is a city synonymous with luxury. Yet it like every city has those who struggle to make ends meet, need food or just need a hand to get through the day.  That’s where critical city programs and facilities like those at Vista del Camino come in.  But it can’t do everything.
This is why Operation Fix It was spawned by the city years ago.  It extends an embrace to those having a hard time helping themselves.  A senior no longer able to keep up with home repair or landscaping.  A tired neighbor(hood) that needs a little sprucing up.  When things fall through the cracks, when people can no longer go around or through walls, a small safety net is there.
This year hundreds will again gather to hear Mayor Lane’s remarks,  as they raise tens of thousands for the benevolent program that is Operation Fix It.
Just getting so many more to attend the annual speech is quite an accomplishment.  After all, whether we’re talking about Gilbert, Phoenix or Scottsdale getting more engaged in democracy makes it hum that much better and puts a smile on de Tocqueville’s face.
But when a leader like Lane turns what had been a tired municipal cliché into a cause, well, that certainly speaks well to the state and character of a city.  And its mayor.