By Pam Kirby
Scottsdale Unified School District Board Member
Here in Arizona and across the country, every day brings a new and louder call to do right by our teachers.
Many in this state, myself included, are calling for an extension of the funding currently provided by Proposition 301.  It is critical money for our public schools and teacher salaries.  We do not need to play games or delay.  The public overwhelmingly supports the measure.  We should pass it now. 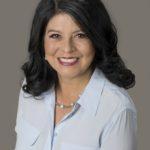 Better funding for our schools and higher teacher salaries aren’t excuses to tax more and grow government.  Instead, they should be seen as the foundation of an economically healthy Arizona. Business leaders recognize strong compensation is needed to recruit the best and the brightest to their companies.  So, I believe the same is true for our teachers.  Indeed, great teachers and great schools go hand in hand with efforts to recruit new business to the state and grow those already here.  The backbone of our education system, the public schools, needs to be healthy and whole, starting with teachers.
But, while critical, the extension of Proposition 301 only maintains the status quo.  That’s not reform or improvement.  It merely avoids a funding disaster.   I want to aim higher.  I want to appeal to parents and voters to join me in support something more dramatic.  And though I hail from the Scottsdale Unified School District, the reform I outline below can apply to everyone, statewide.
The average teacher salary in Arizona is $47,403.  As most readers know, this places our state at or near the bottom of national rankings.  It’s why many teachers are leaving the profession, and the best talent may not be attracted in the first place – despite its nobility.  There are a variety of reasons teacher salaries vary from district to district.  But, in general, teacher salaries need to increase – across the state.  In Scottsdale, our average salaries are close to $50,000, but they should be better.
We can’t keep waiting for the State to increase school funding.  We must seize our destiny locally!  There’s something else we can and should do.
Right now, if districts need additional money for new or revamped schools, operations and maintenance they seek property tax revenues through local, voter-approved bonds and overrides.  Sometimes the voters say yes, sometimes they say no.   But, most importantly local voters and parents decide.
I am suggesting the Arizona State Legislature enact a new idea:  a Teacher Salary Override for districts.  Again, if the state won’t act, allow voters, if they are so inclined, to address the teachers’ salary crisis locally.  This is not an excuse for me or anyone serving our public schools to avoid tightening our belts and doing all we can to get more money to teachers from our existing budgets, and that’s something we are doing in Scottsdale.  Rather it’s a recognition that sometimes we need to take matters into our own hands with the government closest to the people.    Republicans and their philosophy that often touts local control should be the first in line to embrace such a reform.  I hope everyone will.