When a proposal emerged many years ago to turn Scottsdale’s old Los Arcos Mall site into an Arizona State University-led innovation center that later became SkySong, then Councilman Jim Lane voted against it.  He thought the city’s assistance too great for what was effectively a private sector development.  But his voice was in the minority on that council.  Yet, after it was over and certainly since becoming Mayor, Lane has articulated that while he opposed the project initially his job afterwards was to be a positive voice to help make it as successful as possible.
That’s what good leaders and people do.  Don’t be a sore loser.  Be an ambassador for achievement.  Lane’s approach has been wise.  SkySong today has performed better than many anticipated and is anchoring a resurgence in the McDowell Road corridor. 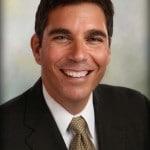 Paradise Valley Mayor in waiting Jerry Bien-Willner seems to be adopting a similar approach as it relates to the Ritz-Carlton project in his town.  Bien-Willner voted against the resort, residential and retail project believing it too dense.  But like Lane was with SkySong, Bien-Willner lacked a majority.
Yet, privately and publicly Bien-Willner is doing what he should and must.  And that is to do what he can to help make the project a success now that a decision has been made.  Such integrity is one of many reasons why Bien-Willner is becoming Mayor by acclimation.
Contrast this with his petulant council peer Paul Dembow.  Like Bien-Willner he voted against the Ritz.  At a recent council candidate forum in which he was participating Dembow sounded more like he was auditioning for the “Biggest (and Sorest) Loser” than properly emulating Bien-Willner or Lane. He should ask himself what the point of any longer deriding the development is?  It’s in the ground.  And sure there have been delays.  Many are talking about them, including us.  But to so openly root for the project to fail, well, how does that serve Paradise Valley’s interest? Does Dembow think it better to have a skeleton in the community’s midst like Elevation Chandler once plagued that community to the south?