Bob Littlefield meet Kathy Littlefield.
The former served for many years on the Scottsdale City Council before term limits prompted him to run for the Arizona State Legislature.  But he lost in the 2014 Republican primary to Jay Lawrence.  And then Bob decided he wanted to become Mayor, running against popular incumbent Jim Lane while his wife, Kathy, served on the City Council at the same time.  Keeping it a family business, Kathy narrowly captured Bob’s seat only months after he lost his legislative race. 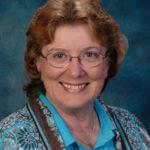 Now, Kathy is facing re-election later this year  Like what happened in 2014 she must do so after her husband got shellacked by Lane in November, 2016.
After Bob’s loss many thought Kathy vulnerable.  And we suppose all candidates are.  But something interesting has happened on the way to her own review by Scottsdale voters.
She learned, from her husband’s flaws and foolhardiness.
Where Bob is the Crazy Uncle who would say impolitic things at the dinner table, Kathy is the Sweet Aunt, personally liked by nearly all.

Whereas Bob reveled in sinking city efforts to improve its infrastructure via new bonding programs, Kathy supported the last serious city effort.
Whereas Bob liked to stick his finger in the eye of the Scottsdale business community Kathy has notably taken steps to embrace it.  First, by supporting an interesting new development plan for Scottsdale’s old Loloma transit station.  Second, supporting just last week increased heights in parts of Old Town.  And she is on the right side of the ridiculous Desert Discovery Center project whose two remaining backers don’t realize is not 6, 7 or 8 feet under but at least nine.  Bob supported the project once upon a time despite his 2016 protestations otherwise.
Make no mistake, Kathy is still a proud and notable “slow growther.”  She most often resists zoning changes and, along with Councilman David Smith, voted against a new corporate campus for one of Scottsdale’s largest employers, Nationwide Insurance.
Yet, Kathy seems to have learned the lessons of 2016, now smartly deploying them for a re-election that seems increasingly likely after he husband’s electoral debacle just 2 years previous.  Two Littlefields may be too much but Scottsdale voters may be thinking one is better than none.