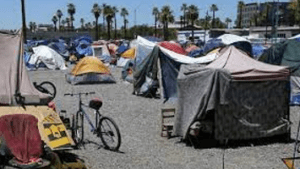 Homelessness is an issue that has been evergreen around the country, in some areas worse than others. The pandemic has made this issue explode in various areas and has been felt rather acutely in Maricopa County, with an eye-popping 35% increase in people on the streets over the last two years.

We would like to think that our beautiful city is largely immune from those issues, but it is not. A recent tally counted 114 people within the city limits who went under the moniker of homeless or unsheltered. While that is a small fraction of the over 7,000 within the county that are counted in the same category, it has risen in recent years and is still unfortunately high for such a prosperous area. While nowhere near as bad as west-coast cities, Valley residents have very likely noticed tents pitched in public areas in greater numbers than in the past.

In order to help resolve this issue, Mayor David Ortega brought together other East Valley leaders last summer in order to attend to this issue. Arizona Housing Director Tom Simplot, County Supervisor Jack Sellers, Mesa Mayor John Giles and Tempe Mayor Corey Woods were also in attendance. They reportedly were there to discuss their city’s and area’s experiences with this issue as well as possible solutions.

Amongst the solutions that Mayor Ortega brought up was using a “county-island” with wraparound services such as mental health and job services in order to help them get on their feet. This is a model that is used elsewhere in the country with varying degrees of success. Also mentioned is the Scottsdale Works program, which is essentially a work program that helps give the homeless a wage and purpose, which I think that all of us would agree is preferable to welfare payments.

However, one part of the homeless equation that is not spoken about often is one that intertwines with the increase in this issue since the onset of the pandemic: drug abuse. While hard numbers are difficult to find because of the reticence of the homeless to be honest with strangers about their consumption habits, it’s safe to say that a very significant number of homeless are there because of addiction issues. Moreover, anyone who has visited a large west coast city in the last couple years can tell you that they are not necessarily in a hurry to seek treatment and get off the streets, and the pull of fentanyl and methamphetamine addiction is greater than the negative aspects of living on the streets.

Such is the difficult balance of dealing with homelessness: we owe it to society and humanity to help those who truly want to be contributing members of society, but we cannot allow antisocial behavior to become the norm, as has happened on much of the west coast. So far, Maricopa County has done a largely commendable job of this, and we hope that they continue doing so.