Some may find it curious that a Town Councilman in Paradise Valley was just tapped to head the Scottsdale Area Chamber of Commerce.  But we think the organization was wise to tap Mark Stanton as its new top dog.  As a Saguaro High School graduate, long-time member of the Scottsdale Charros and former executive with a prominent Scottsdale-based advertising agency Stanton’s familiarity with the terrain he now presides over is obvious.
The affable Stanton has struggled at times on big decisions as a Councilman. Think Ritz-Carlton and single-hauler trash service.  Other times he hasn’t, such as when he took a leading role to pave the way for the Jones-Gordon School at Tatum and Doubletree, soothing over neighborhood concerns.  Today, the school stands as one of the community’s points of pride, thanks in no small part to Stanton. 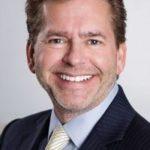 But being the head of the Scottsdale Area Chamber of Commerce isn’t a realm of one.  It has an impressive Board of Directors and myriad committees which help set the direction for Stanton to implement, something he was adept at doing as the Deputy Director of the Arizona Office of Tourism under Governor Brewer.
In a strange way Scottsdale’s gain is also Paradise Valley’s.  Stanton has flirted with running for Mayor in 2018 against Jerry Bien-Wilner.  Presumably this puts an end to those ambitions, at least for now.  That’s good for Stanton who would have faced an uphill battle, as well as the Town since an acrimonious mayoral election along the lines of Lemarr v. Syms several cycles ago can now be avoided.
Following in the footsteps of those who came before him like Virginia Korte, Phil Carlson and Rick Kidder will not be easy.  But just as those women and men made their mark as excellent ambassadors for the city so too does Stanton have the background and skill set to be likewise.