ike any community Scottsdale must maintain and upgrade infrastructure.  But unlike most communities voters have largely rejected recent efforts to do so.  It’s a bit confounding really why such a progressive city in areas like the arts and desert preservation is falling behind on the basics.
Over the past year Scottsdale City Councilwoman Virginia Korte, in particular, led an important effort to identify infrastructure needs and a variety of options to pay for them.  The primary recommendation for bonds backed by property taxes is how most cities and towns do so.  In the case of Scottsdale the notion of this construct is particularly attractive now because bonds from long ago are now being paid off meaning there would likely be no net increase in taxes, just a continuation of existing obligations. 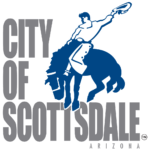 A $350 million package, short of the $800 million in needs Korte and others identified, appeared headed to a November ballot until a recent city council meeting when another $30 million was dropped into the pot for Scottsdale Stadium improvements.
This was unwise for two reasons.  It allowed opponents of the Desert Discovery Center to claim this was an attempt to place the burdens for Scottsdale Stadium on the backs of property owners, rather than pay for it with tourism tax funds, thereby freeing up more money for the boil that continues to roil the community.  Second, this was a political blunder as voters have little taste these days for subsidizing sports teams such as the San Francisco Giants, the primary tenant of Scottsdale Stadium.   Tourism taxes are one thing. But taxes from residents? Quite another.  Supporters of the idea understandably say that Scottsdale Stadium in its current form was indeed made possible by a community bond vote in 1989.  But attitudes towards spending public dollars for sports teams has shifted radically since 1989, or even 1999 when Scottsdale voters overwhelmingly approved a hockey arena anchored development at the old Los Arcos Mall site.
So, rather than head to the November ballot on a 6-1 or 5-2 vote, Mayor Jim Lane, Councilwoman Suzanne Klapp and Councilwoman Kathy Littlefield joined Councilman Guy Phillips’ call for an increase in the city’s transportation sales tax to help pay for some of what was called for in the bigger bond proposal.
Critics, led by Korte, Councilwoman Linda Milhaven and Councilman David Smith say the idea is merely a band aid and don’t like the notion of a tax increase when, they argue, one isn’t needed at all for the reasons mentioned above.  It is strange that Lane, Littlefield, Phillips and Klapp, Republicans all, do seem to prefer a tax increase to the alternative.  This could haunt them in future campaigns.  Opponents to the sales tax spike may have a major ally in the Arizona Automobile Dealers Association, a group that has worked both collaboratively but also confrontationally with cities and counties contemplating sales tax hikes.  In 2016 the organization funded a charge led by Republican lawmakers to torpedo a Peoria sales tax increase for quality of life improvements.
The narrow council majority heading into Tuesday night’s vote needs to take heed.  Discussions about where money may get spent are academic if you can’t get Scottsdale voters to salute.  The Pied Piper of the sales tax increase, Guy Phillips, should know. He alone on one and he with the Littlefields on another were the small band that largely took down the last two bond proposals.  But a well-funded Arizona Automobile Dealers Association combined with Korte et al are anything but a small band.  Some may say ignore.  They would be doing so at peril.  Starting out with major opposition is not how campaigns are won.  Scottsdale should take note of the November, 2017 vote in Pinal County where a sales tax hike for new roads and freeways passed by a mere 900 votes, backed by a campaign that raised nearly $400,000.  Backers of a Scottsdale tax hike will be lucky to raise a fraction of that amount.
To make everyone’s head hurt a little more consider that teachers and educators are demanding a lot more money at the state level now.  Who knows where and when the call for a sizable one cent increase in the state sales tax will lead but combined with an increase in Scottsdale, residents could soon be paying a lot more for cars and clothes.
Finally, the discussion that seems to infect just about all others these days is that involving the ill-conceived and illogical Desert Discovery Center.  Opponents are currently and effectively gathering signatures to force a public vote on the unpopular project.  They are likely to succeed.  We will know by July 5th.  And if they are guessing when that election would be?  You guessed it.  The same November date contemplated by either of the bond proposals.  Can you say fat lady singing?
There is simply no way without more consensus from this City Council, major opposition and then the prospect of being on the same ballot flooded by the sizable majority opposed to the Desert Discovery Center that a bond is going to pass.
Apparently, Korte is backing off the notion of including Scottsdale Stadium in the bond package.  That’s a start to potentially get some councilmembers headed back in that direction.
But no matter which camp you’re in it seems all want to ignore history and are doomed to repeat the failures of bond efforts past. Rather than the circus currently on tap for Tuesday night Scottsdale should take the time to build as much consensus as possible.  Scottsdale has an exceptional City Manager.  Use him.  Don’t abuse common political sense.  There’s too much at stake.