By Scottsdale Pinetop
It’s becoming an all too familiar statement for a number of Scottsdale galleries shutting their stores for good.
Marshall Way – once known as Arizona’s premier arts destination – just said goodbye to yet another one of its prominent Scottsdale galleries. After the loss of Modern American Gallery and relocation of Gauthier Jewelry, Calvin Charles Gallery announced earlier this month that it would be closing its doors.  Opening in 1999, the gallery has long been an anchor for the downtown arts scene. 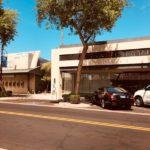 It’s the latest in a series of changes that has many worried of what is to become of the arts district.
Old Town Scottsdale has long prided itself as the core of Scottsdale. It is a place for imagination, innovation and commerce. But with the decline in local galleries and artists, Scottsdale today has lost much of what makes the area unique.
A variety of factors have contributed to the downfall of Scottsdale’s art district. Higher rents have forced some galleries to close up shop and move to Phoenix or Tempe where the rent is cheaper and spaces are bigger. For others, it is the aging demographic and rise in online sales that make it difficult to stay open.
But the city is not without blame.

For years, the city has largely ignored the needs of the Scottsdale art’s district and focused more of its attention on improving it’s “bar district.” Instead of managing these recent vacancies, the city has allowed Old Town to transform into a nightlife destination for dining and drinking. And while it is great for business, the audience is not necessarily the galleries’ customers.
Despite the art scene’s current challenges, Scottsdale still remain a popular tourist destination – just maybe not for the reasons it used to be. One thing is certain, without the arts district Old Town Scottsdale would not be the same, nor would tourism. Old Town Scottsdale is unlike any place in Scottsdale.
And while the current Council has taken steps to support the art’s district, such as the recent approval of $30,000 matching fund agreement with the Scottsdale Gallery Association for re-branding, it needs to be cognizant of the growing problem. Thanks to the visions and creativity of artists like Scott and Polly Larsen, Angese Udinotti and Elaine Horwitch, Scottsdale became a world-class city for art. Let’s not lose that identity forever.