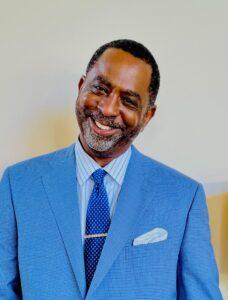 I proudly served a Mayor of Paradise Valley and was humbled to make history as the first African American to hold that office. This election, Arizona has an opportunity to make history and reign in dark money or anonymous political spending by voting yes on Proposition 211, Voters’ Right to Know Act.

After serving as Mayor of Paradise Valley, I wanted to continue serving Arizona as a member of the Corporation Commission. I found myself in the crosshairs of a dark money campaign in 2014.

The attacks on me and my character were brutal, false, vicious, and launched from the shadows. It took its toll. But I lived to fight another day.

Five years later APS’ parent company Pinnacle West admitted to giving $12.9 million to 16 different political groups. More than $10 million went to groups that contributed to the Corporation Commission elections in 2014.  I felt a degree of vindication but the implications of what happened were troubling.

The Corporation Commission regulates APS which explains why the utility used Arizona’s lax laws on anonymous political spending to hide what they were doing.

My story is far from unique. How many times have we seen outrageous campaign commercials paid for by groups using equally outrageous committee names? If we don’t know who cut the check, how do we know the motivation behind the ad?

Dark Money spending has only gotten worse since I entered politics and the problem will get worse if dark money groups are able to run and hide. Real transparency in election spending will never happen if some are able to spend from the shadows, just like APS did years ago.

I am a lifelong Republican. I served in the Bush ’41 and Bush ‘43 administrations. In supporting Proposition 211 I am gladly joining my good friend and lifelong Democrat Terry Goddard. That’s because this issue crosses party lines. Indeed, recent polling shows it has overwhelming public support across the political spectrum. That’s because dark money hurts Democrats, Republicans, and Independents. More importantly, it damages the political process.

What happened in the Corporation Commission races in 2014 was shameful, but it doesn’t have to keep happening. Please join me in voting yes on Proposition 211 and put the power of the political process where it belongs, with those who cast the votes not those who cut the checks from the shadows.