By Scottsdale Pinetop
The stakes are high for Arizona’s midterm elections. In a state with numerous high profile races, the Republican primary for Arizona’s treasurer is far down the list for many voters. When in fact, this is the race that matters because money always matters. 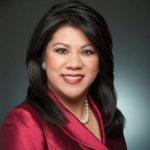 In case you forgot from your high school civics class, the treasurer handles Arizona’s finances. They are responsible for paying the bills, making sure funds are allocated correctly and keeping Arizona’s finances in line. The state treasurer also manages an investment portfolio of about $15 billion. This is no easy task to manage.
That’s why it is crucial to have someone who understands money management, Arizona politics and transparency in the role. That’s why Arizona needs Kimberly Yee.

Born in Phoenix, Kimberly Yee is no stranger to Arizona politics. In 2010, Yee made state history as the first Asian-American woman elected to the State Legislature. She currently serves as the Senate Majority Leader, a position she was elected into by her fellow Republican colleagues. Yee has also served as an executive in the office of former Arizona State Treasurer Dean Martin between 2007-2010.
If her political resume wasn’t impressive enough, her commitment to the public’s best interest is. Over the years, Yee has proven herself to be a reasonable, hard-working and a decided lawmaker. She’s gained national recognition for staying true to her conservative values, but she’s not afraid to challenge party lines when necessary. Last year Yee voted against the Republican supported “payday-lending bill”, illustrating her independence and clear-headedness in making decisions.
Her list of endorsements speaks volumes. She’s been endorsed by former State treasurers Jeff Dewitt, Dean Martin, Carol Springer, Bart Fleming and Ernest Garfield.  She’s gained the support of over 40 Republican Arizona State Legislatures and Arizona Congress members Andy Biggs and Debbie Lesko.
If Kimberly Yee succeeds in the Republican Primary election, she will face Democrat Mark Manoil who is running unopposed. Kimberly Yee is a leader through and through. Her experience, integrity, skills and ability to serve makes her the most suitable candidate for the position as State Treasurer. It’s hard to believe that she doesn’t have further ambitions to run for a higher office. But for now we will settle for treasurer.