More than 1,500 people across the country donated to Babeu’s campaign for the 1st Congressional District. 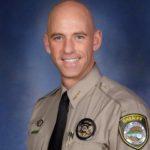 “I’m humbled by this strong show of support. Voters want leaders in DC to secure the border, enforce immigration laws, stop overspending, strengthen our military and defeat ISIS,” Babeu said. “My executive leadership experience as an elected Sheriff and retired Army Officer offers voters a proven record of making tough decisions, accountability and competency that is often lacking in government. I will work hard to earn the trust of voters in rural Arizona to be their voice in Congress.”

CD1 is one of the most competitive congressional districts in the nation. It is also an open seat that has drawn several candidates on both sides of the aisle.

“It is important to have the resources necessary to spread the message that Arizonans will no longer stand for open borders and federal government overreach,” Babeu said.

To put Babeu’s fundraising into perspective, the two previous GOP primary winners in CD1 raised $197,236 and $235,120 in their first quarter.

Babeu’s fundraising haul includes donations from every state except one – Delaware. He received 1,507 donations, averaging $182 per contribution.

In addition to his strong fundraising, Babeu leads the field. The Arizona Republic reported Wednesday that Babeu garnered 40 percent support in a recent poll. The closest competitor was at 13 percent.

“I appreciate the support I’ve received and promise to work every day to enforce our laws fairly and honor the Constitution I swore to protect and defend,” Babeu said.