Election Day is less than two weeks away and I would be honored if today you can join me in making a donation to Bob’s campaign to help him cross the finish line. 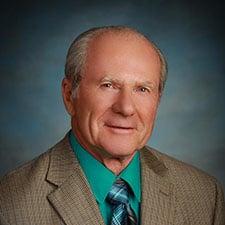 It has certainly been a long campaign.

Bob reached out to me early on for help. Even as an incumbent running for re-election, the Republican establishment was keeping its distance. Many in the party were hesitant to join Bob in rocking the boat and bringing attention to the state of transparency at the Corporation Commission.

But I didn’t hesitate.

I’ve known Bob for a very long time and I’ve seen firsthand how committed he’s always been to doing the right thing. No matter what Bob was up against, he would always do what’s right for Arizona.

So when Bob needed my help, I knew that I would have his back.

Bob has an important fundraising deadline tonight, and I would be honored if you’ll join me in making a donation to his campaign.

A contribution of $25, $50, $100, or whatever you can give, would go a long way toward helping Bob win a second term on the Commission and to continue his work improving the functionality – and the image – of the Corporation Commission.

It has been a long campaign, and with a final push I know we’ll be celebrating a victory with Bob and his family on November 8th. Please consider making a contribution to help Bob finish strong over this final stretch.