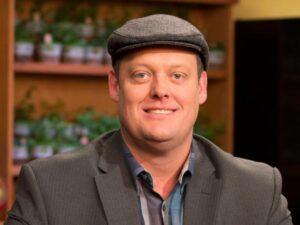 We have long talked about how Scottsdale is a world-class locale to eat, drink and be merry. Well Chef Beau MacMillan, Executive Chef for Sanctuary on Camelback Mountain as well as for the Arizona Cardinals, is exemplifying exactly why with his latest endeavor, a new combination culinary experience/entertainment area that seems bound to make our adult hearts joyous not unlike what a trip to Chuck E Cheese would have done in our youth.

His new restaurant “Cala” will be opening this month on Camelback Rd, with a coastal Mediterranean menu focused on Greece, Spain, Morocco, and Italy. However, that isn’t the new and refreshing part; the restaurant will feature a large patio with a 40 foot bar and plenty of cabanas. In the words of MacMillan, “A lot of people come down here, find a place to eat and move to the clubs. Let’s give them a place to eat where they won’t want to move on”.

And what does that mean? We can get a few hints from another MacMillan project in Las Vegas, “Money, Baby!”, described as “adult playground with a mid-century modern style”. It seems as though the attempt will be to bring some of Old Town’s revelry into a restaurant; think a much, much cooler and classier Buster and Daves.

For those that are unfamiliar with MacMillan, he has carved out a solid culinary career for himself in the Valley, but also on television. He beat out Bobby Flay on a cook-off on “Iron Chef America” in 2006, and co-hosted the show “Worst Cooks in America” six years later, along with a few collaborations with Guy Fieri on his shows. The title “Celebrity Chef” seems apropos.

The variety of both food and entertainment options in and around Old Town are myriad, and typically we would say that there is so much competition that newer concepts can easily get crowded out. However, this particular concept, albeit with details left to release, seems to be a fantastic potential combination of a great idea with the star power to make it work. We wouldn’t be surprised if this becomes a culinary anchor, a flagship that sticks around for years to come.