When first elected to the Scottsdale City Council in 2012, Guy Phillips did so as a Tea Party, pissing vinegar, rage against City Hall voice.
And throughout much of his first term he did little to dissuade the notion, twice leading opposition to the city’s bond requests for community infrastructure improvements and routinely voting against business and developers.
There were notable exceptions.  Phillips is a surprisingly strong voice for the tourism industry, often standing tall when others come up short. 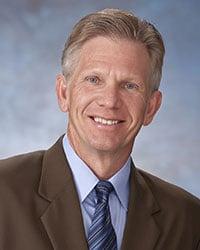 Yet, he still supported Bob Littlefield in the 2016 mayoral race, grossly misjudging the electorate in a way that also jeopardized his own path to city council re-election, which was narrow.
Perhaps those election results have had an effect on Phillips.  Or, is he eyeing a future run for Mayor or another office?
That’s because Phillips seems to be evolving.  And that’s a good thing.  He’s no longer a sure fire rejectionist for any development proposal and has even crafted innovative proposals to advance WestWorld.
In many ways, Phillips might be following the path of Jim Lane.  When first elected to City Council Lane was an ally of Littlefield before maturing and understanding that to govern Scottsdale is to be pro-preservation, pro-arts, pro-tourism and pro-business.
Recently, Lane has not forgotten his regard for reform as he has been among the strongest voice for a public vote on the Desert Discovery Center and has called for altering who and how is elected to the City Council.
Like Lane we believe Phillips will always adhere to a certain suspicion of government.  That’s not bad.  But what is good, potentially very good, is Phillips understanding the work of those who became before him to make this a special place, and what it will take to provoke similar achievement in the future.