By Sheriff Paul Babeu for Congress

To many it may seem like our nation is in dark times, but with the right leaders, we can make America strong and safe again.

Former Arizona Governor Jan Brewer is one of those people. A firebrand who stood up to President Obama and was the architect of Arizona’s economic comeback. 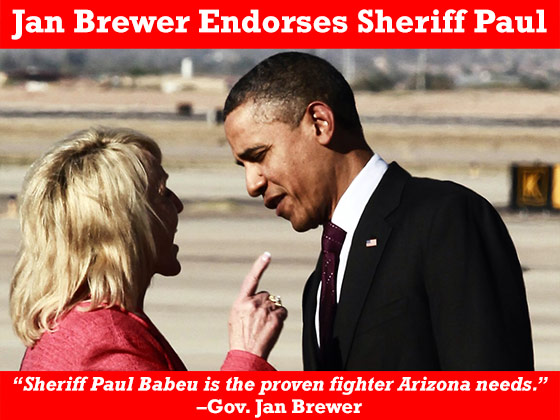 to be messed with.

Now, she has endorsed me for Congress. To say I am honored is an understatement.
“We need leaders like Paul who get things done. Paul is a truth teller, just like me, who will take the fight against corrupt liberals like Nancy Pelosi and Hillary Clinton.”

We have the momentum, we have the support, and now we need to close strong to win the primary on August 30th, and begin the fight for victory in November.