Republicans are evil.  Single handedly they are responsible for squeezing the middle class.  This is the constant Democratic Party refrain.
Except in Arizona, apparently.
Here, the donkeys are skewering the middle class via their opposition to HB 2611.  On this issue they are being led by nanny state sycophant Debbie McCune Davis. 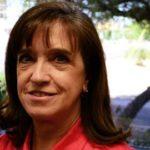 Once upon a time she led a proper fight against pay day loans in Arizona.  And voters agreed with her.
Congratulations Debbie, you won.
But the opposition by her and other Democrats to HB2611 is like the head coach who gets upset at the quarterback for calling a successful audible.  Like the Republicans are now doing as it relates to the financial circumstances for so many that have changed in recent years.  Banks won’t make post Great Recession small loans to lower credit individuals.  Enter the wisdom of state legislation posed by Arizona State Representative J.D. Mesnard. He proposes so called “flex loans,” which are unsecured ones for people with lower credit scores.  The interest rate is capped at 36%.  But that’s not where opponents get riled.  It’s the additional fees.
You mean like Wells Fargo just added?  Going from $5 to $10 per month for low balance accounts?  Or banks charging as much as $35 for a bounced check no matter how much the amount?
Opponents say this is “predatory lending” even though they don’t criticize credit card companies for luring millions of college students into high interest programs with minimum payments.  Nor do they have an answer when people properly ask what their solution is to providing unsecured loans to people with low credit scores.  There is a need after all.  Go find a family member or friend they say.  Right.  Or Larry The Loan Shark.
At Wednesday’s Arizona House Commerce Committee when Republicans argued for greater financial freedom and rightfully passed this new financial tool, it was an unconventional Democrat that stole the show.
After the committee heard from a group of liberals whose primary argument was that the people who engage these loans are too stupid for their own good, up spoke Revered Jarrett Maupin.
He told stories of people unable to pay for funeral services, forced to hold humiliating car washes to buried loved ones.  Banks won’t lend to us, you won’t lend to us, so what are we to do?
The question exactly.  It may not be the most comfortable vote with McCune Davis and her liberal lapdogs engaging in such demagoguery but at least the Republican majority is showing fortitude.  And they are right.  As they side with the middle class and lower income needs that Democrats have long professed are important, but neglect when it comes to this issue in Arizona.
And something else.  It’s ironic that McCune Davis ignores encouraging people to behave responsibly when it comes to private sector loans (and when they do with this legislation their credit scores can be repaired) but not when it comes to welfare programs or Obamacare when, apparently, it is OK for people to get hooked all day long on the taxpayer’s dime.