He was one of the brightest Republican stars in Arizona history before the Phoenix New Times unveiled his whole new meaning of “Jose, Can You See?”
He is Pinal County Sheriff Paul Babeu. Once the darling of Fox News and Arizona Republican Party voters alike. Just several years ago most anything was politically possible for Babeu. 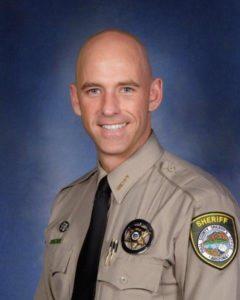 Then came the troubles. And while many concluded he was a dead politician walking Babeu had other plans. He focused on his base in Pinal County. He won re-election handily in 2012, his coattails even bringing along a Republican County Attorney. Like Michael Sam being gay wasn’t his identity. Sam is a football player who happens to be gay. Babeu is a tireless public servant, who also happens to be gay, as was learned in rather dramatic fashion.
There was a sense post-troubles that Babeu may never regain his stardom. That being a liberal gay Republican Mayor of Tempe like Neil Giuliano was one thing. Or that being a moderate gay Republican Congressman from Tucson like Jim Kolbe was also an exception to the Republican rule. In other words, how successful could anyone ever really be in the Republican Party if one was gay?
But just as SB1070 gave rise to Sheriff Paul Babeu in the first place, it is SB1062 that may revive him further now.
Many Republicans including the top contenders for the party’s nomination for Governor are speaking against the legislation and indirectly for a more tolerant approach to issues once thought suffocating to a Babeu sequel.
Gov. Brewer rocketed to re-election following her signing of SB1070. Her pending veto of SB1062 will likewise have political impacts, and Sheriff Babeu down south will be among the biggest beneficiaries.