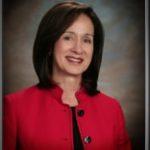 “During my 16 years in the Arizona State Legislature, I often fought the overreach of the federal government. As an elected member of the Corporation Commission, I have seen how federal government policies have raised rates for water and electricity in Arizona. We need an Attorney General that will protect our state’s rights. Mark Brnovich will stand up to the burdensome EPA. He did a great job as Director of the Center for Constitutional Government at the Goldwater Institute, an organization that I consider to be a valuable voice in Arizona.”
Burns continued:
“Mark’s experience as an Army JAG, Maricopa County prosecutor and Assistant United States Attorney make him eminently qualified to be Arizona’s Attorney General. I enthusiastically endorse his candidacy.”

As an owner/manager of a family business, Brenda learned firsthand the impact that laws, rules and regulations can have on any small businesses’ ability to create jobs and succeed. Brenda Burns’ business experience was invaluable when she began her distinguished career of representing Arizonans. She served in the Arizona House of Representatives from 1987 to 1995. In 1993, House Republicans elected Brenda to be their majority leader, making her the first Arizona woman to hold the position. Brenda served eight years in the Arizona State Senate, from 1995 to 2003. In 1997, she became the first Arizona woman to be elected Arizona Senate President.
Mark Brnovich remarked:
“Brenda understands what serving the people of Arizona truly means. She knows firsthand the crippling effect the federal government can have on businesses and the private sector. As Attorney General, I will be diligent in my efforts to fight back against job-killing policies and defend Arizona and the Tenth Amendment.”