A new type of urban warfare among Valley cities is upon us. And it is taking place in the West Valley. There, the City of Peoria has announced plans to greatly expand its commercial core around the Peoria Sports Complex, with the unquestioned intent of seizing spending from the current entertainment epicenter just down the 101 at Westgate.
If successful, the Peoria gambit would cost the City of Glendale, Mayor Weiers and the Glendale City Council millions of dollars at a time when it can least afford it.
Peoria officials are trying to play their counterpart 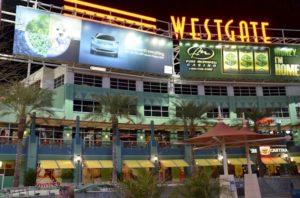 s in Glendale for fools. The Peoria plan, not unlike Westgate’s, relies on a proliferation of new billboards to help pay for parking garages and other infrastructure to get the project going.
The only problem? A local business—Becker Boards—isn’t a part of anyone’s grand plan. They just want to build a couple of billboards in a commerce park, at a depressed site, next to the freeway.
But Peoria doesn’t want these boards to go in. They have used significant public resources to oppose the project in Glendale, even refusing to answer numerous public records requests on the matter, to understand just how much the city is spending to tank the investment in Glendale. The city is even employing its former lobbyist to stage faux protests, replete with the lobbyist’s children.
It is a laughable affair if only the Glendale City Council understands the joke being played on them.
A vote next week will determine whether Glendale leaders like Jerry Weiers, Sammy Chavira, Yvonne Knaack, Manny Martinez, Norma Alvarez, Ian Hugh and Gary Sherwood stand up for Westgate and Glendale tax revenue, or whether they unintentionally play along as Peoria pulls the strings.