The Chicago Cubs are unquestionably the crown jewel of the Cactus League, and all that spring training means economically to our state.
But will the Cubs be an asset or liability in the 2014 Republican primary contest for Governor?
A little history first.
Following the 1992 elections then Congressman Jon Kyl opted to run for the United States Senate, creating a highly desirable congressional opportunity for aspiring Arizona politicians.
The clear, early favorite in the race was Jim Bruner, a former Scottsdale City Councilman and Chairman of the Maricopa County Board of Supervisors.
But the unforeseen happened along the way. Former Phoenix Suns’ owner Jerry Colangelo, fresh off an NBA Finals appearance, made a play for a franchise and a stadium that became the Arizona Diamondbacks and Chase Field. To get the franchise, he needed a new stadium funding plan. And that involved a majority of the Maricopa County Board of Supervisors calling for a sales tax hike to fund the stadium.
Despite Colangelo’s popularity, the tax itself became wildly unpopular. Nevertheless, Jim Bruner voted for it, understanding what it could mean for Arizona. His political sacrifice was profound, eventually fading in his congressional race from frontrunner status to the bronze medal behind the eventual Congressman John Shadegg, and runner-up Trent Franks.
The history lesson is not irrelevant as the colorful and accomplished Mesa Mayor Scott Smith readies a run for Arizona Governor in 2014. 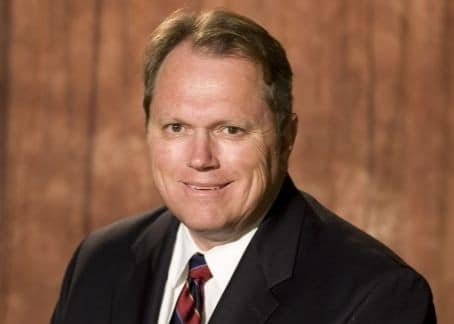 He is betting that the notoriety for the new Cubs spring training facility occurring early in the new year will be a welcome companion as he launches his bid for the Ninth Floor. And he may be right. After all, Smith did find a way to keep the Cubs from leaving for Florida. Although big taxpayer money was used, Smith’s cure was the sale of land Mesa owned not a direct sales tax that sank Bruner two decades previous. And unlike the taxpayer hit for the Diamondbacks, Mesa voters approved the financing structure for the new Cubs facility.
But taxpayer-funded sports facilities and Republican primary voters remain a potentially toxic conversation. If anyone can neuter a potential backlash as he leaves the on-deck circle it is Smith. As Bruner demonstrated, however, America’s pastime isn’t necessarily the best path to the GOP mound.