Friends was one of the best and most successful television comedies of all time.  No one can say it didn’t have a great run.  From Phoebe Buffay to Chandler Bing the characters became a staple of American life.
Chandler, Arizona has also had a great run.  It is among Arizona’s most successful cities.  From Jay Tibshraeny to Jack Sellers it has been led by Mayors and members of the City Council who have largely made effective policy decisions. 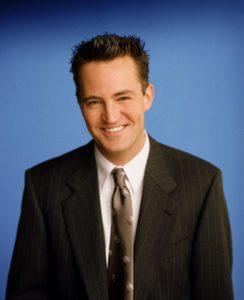 But just as Matthew Perry seemed askew in roles post-Friends so too was it odd to see stories like this one last year in which a well-connected developer and lobbyist conspired to sink a business’ aspirations in the Price Road Corridor. In any entitlement case there are typically good reasons to approve or reject an application but in this case the political games engineered by a nearby developer merely sinking to quash competition seemed more reminiscent of the dark hallways at the Arizona State Legislature than the home of Intel.
Fortunately, Chandler has a chance Thursday night to indicate it still is a city that’s headed in the right direction and that it rises above the politics of self-interest for the community interest.
On Thursday, a $500 million expansion of a successful, existing business park is on the docket.  Behind the scenes the same actors of a nearby, subsidized office building are again trying to undermine a competitor.  But this time they’re not just picking on an aspiring Korean businesswoman.  They are playing with fire.  For the project is quietly being considered by Fortune 500 companies surveying the Valley for new digs.  And speaking of surveys word is that one over the weekend of likely Chandler voters showed a whopping 85%-7% support for the project that could bring as many as 15,000 jobs and millions in new tax revenue for Chandler and local school district.  Proposition 123 may have squeaked by Tuesday night but public schools still need lots of help.  These are some of the reasons why the “Park Place” expansion is one of the most anticipated commercial developments in Arizona.
This is not an unassuming case.  The marketplace notices malfunctioning government.  Where it exists.  And when it starts to emerge. Chandler is Arizona’s Innovation City because of its welcoming, nimble approach to technology companies over the years.  This is something they will need to do more of in future years to keep the title.  Just ask Matthew Perry.  Every day he surely gets called Chandler, yet that role is long gone, and so are the benefits.
Chandler is the envy of Arizona because of its unbending commitment to thoughtful pro-business policies.   Anyone on the council deviating from this course, as a special favor to another developer that doesn’t like the completion isn’t all right.  It would leave themselves, and one of Arizona’s most dynamic cities, all red.