Purchased for $23 Million in 2013, TriGate Capital Brought the Center Back to Life and Introduced New Uses Including Multi-Family Development to the Key Property 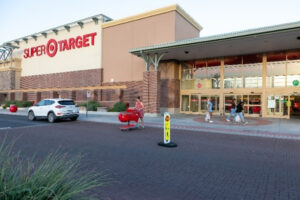 TriGate Capital is proud to announce Canyon Trails Towne Center, a 90-acre shopping center located at the current terminus of the new southbound Loop 303 Freeway, on the NEC Yuma Road and Cotton Lane in Goodyear has sold for $41 million to Santa Cruz Seaside Company.

Anchored by Super Target, Ross, Petsmart, and Pottery Barn Outlet, and with construction starting in just two weeks on a new multi-family project, the mixed-use shopping center is one of the greatest West Valley come-back stories of the last decade.

Developed by Vestar, Canyon Trails Towne Center opened in 2008 just as the Great Recession was 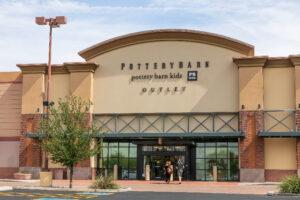 peaking. As a result, two key retailers, Home Depot and Kohl’s decided not to move forward with their stores, then Sports Authority vacated leaving massive holes in the shopping center and its future uncertain.

In 2013, TriGate Capital took a chance and purchased the center for $23 million, It wasn’t until 2019, when market conditions shifted did the center’s trajectory start to change. During the next 3 years of ownership and under the guidance of Lead Consultant David Malin a plan was formed to redevelop the project, create mixed use, and lease the balance of the center.

“The first step was to identify a viable multi-family developer, Embrey out of San Antonio, TX to re-zone the former Home Depot site which includes 284 units. The site was re-zoned in 2021 and purchased by Embrey in 2022 making this a true mixed-use destination,” said David Malin, lead consultant for TriGate Capital. “The momentum created by securing the multi-family component changed the narrative for the center and allowed us to ramp up our leasing efforts. By the middle of 2022, with the help of SRS we achieved 100% occupancy in the ‘shops district’ and signed transactions with nine (9) new pad users.”

Santa Cruz Seaside Company plans to keep the entire development consultant team lead by David Malin in place in order to complete the redevelopment and stabilize this shopping center. The center has over 200,000 sf of available building area with expectations of adding a specialty grocer, large format retailers, more restaurants and a hotel. 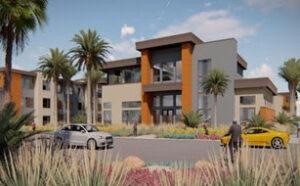 Founded in 1915 and located in Santa Cruz, California, the Santa Cruz Seaside Company has been family owned and operated for four generations. Known primarily for the world-famous Santa Cruz Beach Boardwalk seaside amusement park, the Santa Cruz Seaside Company also owns and operates a variety of other visitor serving enterprises including hotels, sailing charters, and entertainment and event centers, as well as a portfolio of commercial and residential real estate.

Malin says by the end of the year, there will be several new buildings going vertical, as well as more tenant announcements to make. “The last piece of the puzzle is to fill in the missing holes in our big box area, which is happening now. We are negotiating letters of intent with multiple national retail brands.”

Trigate Capital was represented in the sale by the Newmark, Inc. brokerage team of Steve Julius, Jesse Goldsmith, and Chase Dorsett and there several offers from both local developers and out-of-state investors.

“Canyon Trails Towne Center was a complex and exciting assignment. With the great anchors, shops, and pads, yet so much room for new development and ways to attract new users to the center, the property received a high amount of interest from investors and developers. The new owners and their team will continue to ride the momentum of the growth of Goodyear,” said Broker Steve Julius of Newmark, Inc.