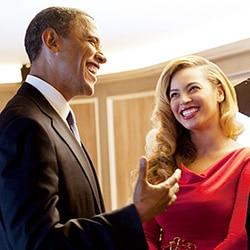 Hey Millennials,
Wake the Expletive Up! If Obama were Kenny G, we’d be that luscious sax, and we’re being played. Hard. It started with the hip campaign posters. Hope. Change. It looked like the kind of graffiti you’d see on Skid Row when you missed a turn or three in Downtown LA. So edgy. So unexpected for a Presidential Candidate!
Then P. Diddy stormed award show stages with tees gracing his face and Oprah used the number one daytime talk show in the country to endorse Obama as her preferred Presidential Candidate.
It’s no different than putting Hannah Montana on a box of cereal. If you love Hannah Montana, her presence on that box of cereal will absolutely influence your purchase. Mmm, Crunch Berries! 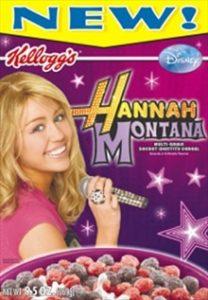 Today I open up PerezHilton (it makes me feel better about myself) to see Sophia “Sorry About Chad Michael Murray” Bush and a parade a D Listers (Excluding Olivia Wilde & Amy Poehler… we’ll get to them.) taking twitpics with the hashtag, “#GETCOVERED”.
Obviously a desperate attempt to get the younger demographic to buy in to The Affordable Care Act because it is crucial to get healthy youth participating in mass to pay for all of the ill people that desperately need coverage. Here’s a hashtag for all of those celebrities trying to shove their political agenda down my throat… “#GFY”.
Although it shares his name, Obama excludes himself from using Obamacare. Amy Poehler likely wont be insured under The Affordable Care Act since she could buy a hospital with one paycheck. Same goes for Olivia Wilde. They’re the minority though. Other names on the list of “celebrities” who are speaking out just might #GETCOVERED… SINCE THEY HAVEN’T WORKED SINCE THE COMPLETION OF THE TWILIGHT SAGA. (That’s so 2000 and late.)
I don’t know who I’m more frustrated with, the celebrities that utilize this platform that we have ignorantly given them to verbally vomit all of their wisdom on us, or the President and his team who continue to try to manipulate the younger demographic with celebrity and pop culture.
Or I could just hate Millennials. Full of self consumed, gullible, Facebook junkies that are too busy living off of Mom and Dad to read the fine print and recognize what the repercussions of their uneducated actions might be.
I realize that Breaking Bad is now available on Netflix… but do your homework. Become passionate about aspects of our government because you truly feel connected to the cause. Don’t allow people, who make way too much money by pretending to be somebody else, influence your heart or political decisions.
And fight for a President that knows Business. Not a President that knows Beyonce.
– Brook Flanders