Unlike most elephant snorting blogs we don’t have posters of Art Bell on our walls and advance the latest conspiracy theories. We believe in the best of people’s opinions, even when it is wrong and left-wing induced.
But the cases of former U.S. Attorney Dennis Burke and former Maricopa County Attorney Andrew Thomas, both of which made appearances before the State Bar of Arizona have us rethinking such an approach. 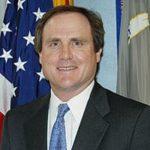 While chasing mercurial malfeasance in Maricopa County government hindsight and the record now shows abuses and bad judgment by Thomas. Was some type of disciplinary action by the State Bar warranted? Yes. But discipline turned to vengeance and Thomas lost his ability to make a living. They gave him the death penalty. No license to practice.
Compare this to the recent “punishment” of Burke, someone who wasn’t just misguided on the notion of specific corruption. He was actually involved in the political cover-up of death. Involving a U.S. Border Patrol agent named Brian Terry. In the sickening scandal that became known as “Fast and Furious.” 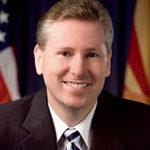 No matter one’s political persuasion Burke prior to this horrific debacle was (and is) a decent person and a competent public servant . . . like Thomas. They both made very bad mistakes. And for them the State Bar decided Thomas deserved lethal injection while Burke endured a mere paddle on the butt.
Burke was certainly more contrite in the face of his mistake and perhaps that had something to do with the State Bar’s decision. Or perhaps it had something to do with the donkeys dominating the legal zoo where conservatives are not allowed. And where they truly are separate, and unequal.